A Lucanian Hero in Washington

Luigi Diotaiuti and his acts of solidarity during Covid and the anti-racism movement in Washington, DC were featured in this article in the chef’s home region of Basilicata, Italy.  Cited as being “The Chef on the Front Lines” ..the Matera Città newspaper also highlighted his Chef Luigi’s culinary diplomacy efforts, Al Tiramisu Restaurant, and his non-profit organization called Basilicata: A Way of Living. The article also calls Chef Luigi, who holds the title of  “Ambassador of Italian Cuisine” in the world, a symbol of the region of Basilicata. 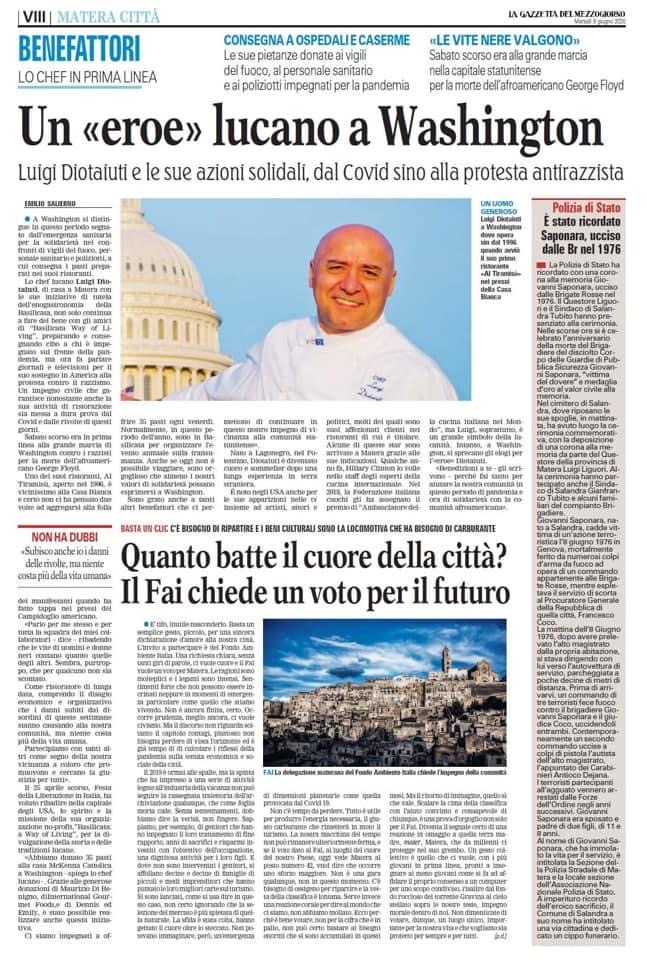