Secrets of a Successful Restaurateur with Luigi Diotaiuti

As a restaurateur, my job is to basically control the chaos and the drama. There’s always going to be chaos in the restaurant business.
-Rocco DiSpirito

[Entrepreneurial Chef Magazine] Raised on his family’s farm in Basilicata, Italy, Luigi’s relationship to nature created the foundation to his culinary career. One of six children, he spent his days tending to the farm and cooking authentic Italian delicacies in the evenings with his family.

Following receipt of his culinary diploma from the Istituto Alberghiero di Maratea in 1979, Luigi continued his culinary adventures working in some of the poshest locations in the world. His imaginative cooking style and passion for unique, authentic ingredients were further honed in Tuscany, Sardinia, Venice, Paris, and the United Kingdom and beyond.

In 1999, Luigi’s was presented with a prize given by the Italian government to the world’s most authentic Italian restaurants outside of Italy (the Insegna del Ristorante Italiano) – by the Italian President Oscar Scalfaro. He was also inducted into the State Department’s American Chef Corps by Hillary Rodham Clinton.

Shortly after arriving in DC in 1990 he opened his first restaurant “Al Tiramisu” in the Dupont Circle area of Washington. Named the “most authentic” restaurant in DC, Luigi has an elite clientele to include Hillary Clinton, John Kerry, George Clooney and Matt Damon. To continue the success even further, Luigi opened his second fine dining Italian restaurant “Aperto,” just blocks from The White House.

1. What were some of the challenges you faced while opening your restaurants and how did you work through these?
First of all, construction always has its challenges. There are things that break which you do not expect. Contractors may take longer than agreed upon, and you have to manage multiple teams at once. 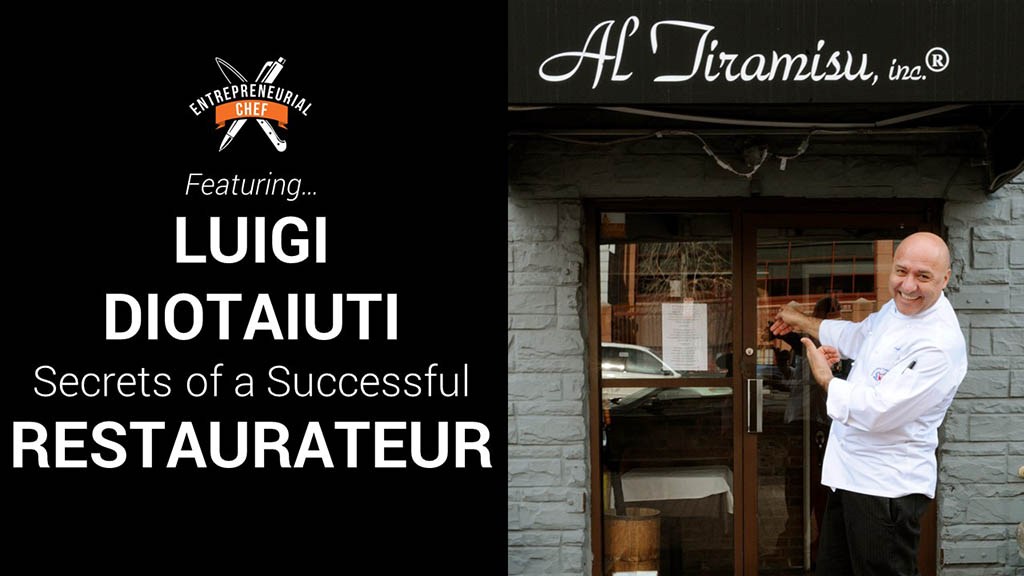 You need to be on top of everything from design to construction, renovation, setting-up vendors, hiring and training staff, getting permits and licenses, and much more. I make constant lists and delegate what I can. I also worked extremely long hours in order to make sure that I could get everything done.

2. If you were to create a checklist for aspiring restaurant owners before diving head first, what would be on this checklist?
The checklist is really a combination of objectives from the business plan, the permits needed, inspection criteria, etc. I would divide it into different sections – one for Human Resources, one for your pleasing your demographic, one for Vendors, one for the Kitchen, one for the Dining Room, one for the Bar, one for Social Media and PR, one for Menus and Concept Design, and then list all of the goals I want to accomplish underneath. 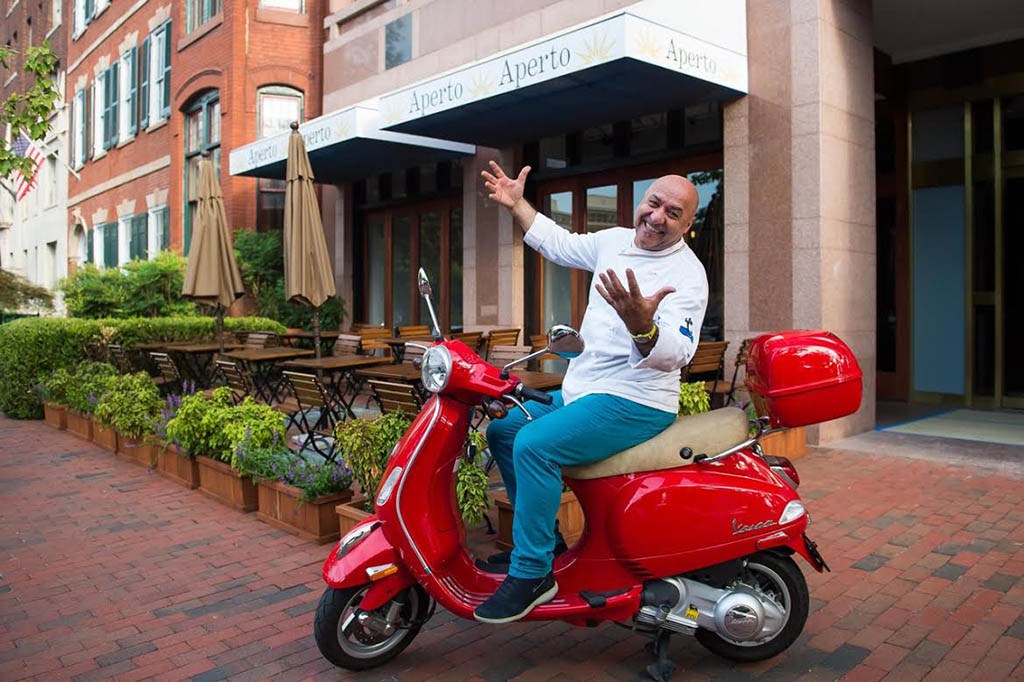 3. What are the secrets to becoming a successful restaurateur?
I’m not sure if these are “secrets” because I already stated them in The Al Tiramisu Restaurant Cookbook, but this is what I believe:

Develop trust with your staff
The employee turnover rate is notoriously high in the restaurant business, so it pays to develop trust and loyalty among your employees in order to retain them. My approach is to be very honest and straightforward. I treat my staff with dignity and I insist on constant and open communication with me, and between the kitchen and the dining room. I make it a point to spell out my expectations clearly every day so that everyone on the staff knows their goals for the day.

Two things I don’t tolerate from my staff are tardiness and lack of respect for my customers. It doesn’t happen often but when it does I am very firm about pointing out poor behavior and stopping it from happening again. At the same time, I acknowledge good performance regularly, through compliments and in compensating my staff.

But the number one rule when it comes to retaining your staff is to make sure their paychecks are delivered on time—and that they never bounce.

Build up goodwill with suppliers
Nurturing strong relationships with suppliers is equally important. Always pay your suppliers promptly – I like to pay by check on delivery. We inspect deliveries on the spot and resolve any problems or discrepancies immediately. Building up a reservoir of goodwill with suppliers means you’ll be at the top of their list when it comes to receiving their best quality products.

Nurture a loyal clientele
Never, ever disappoint a customer. That’s true of any business but especially so in the hospitality business. Diners are buying more than just a meal, they’re buying an experience for the evening—good food, efficient service, and a fun, relaxing environment. If they get anything less, you won’t see them again. Give them all three and they’ll want to do it over and over again—and they’ll also bring their friends.

Watch food costs
There is no surer way of going out of business than taking your eyes off food costs.

Review your invoices closely and regularly. Keep track of food prices that are on the rise and focus on quality alternatives until they stabilize. 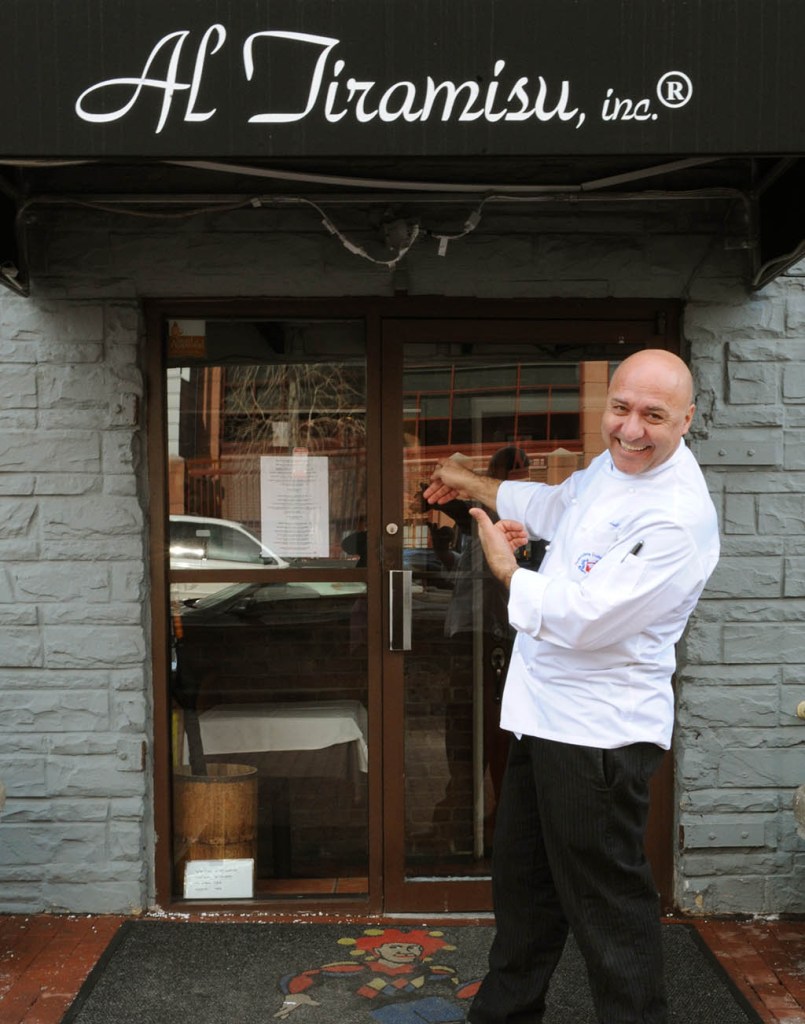 4. How do you achieve balance and/or manage the stress that comes with the profession?
The demanding pace of being a chef-restaurateur was catching up to me when Al Tiramisu was about a decade old. To relieve the stress, I started running marathons, mostly to benefit the Leukemia and Lymphoma Society. My first run was in the local Marine Corps marathon in 2007, and since then I have finished more than dozen full races and approximately 22 half marathons around the world.